Have you heard of the term ‘placemaking? Ever wondered how you can transform a space into a place and how we can define it in the Malaysian context? Continue reading to learn more about the concept of placemaking in Malaysia.

Placemaking is a people-centric approach to the planning, design, development and administration of shared-use spaces.

Basically, it is a process through which we collaborate to reimagine our public spaces. With a heavy emphasis on community-based involvement, placemaking is more than just building spaces—it brings together a variety of people (including professionals, elected officials, citizens, and companies).

The placemaking process involves observing, engaging with, and questioning those who inhabit a space to learn about their needs, expectations and objectives. The information gained then form the basis of a shared vision for that particular location.

The Significance of Placemaking

Full Use of Under-Utilised Spaces

Observing The Concept of Placemaking in Malaysia

While the notion of placemaking is not new, it is still a relatively new concept in Malaysia. Placemaking Malaysia deputy chairperson, Imran Clyde, stated that placemaking is not an outcome but rather a process to build quality places that people can live in.*

An instance of successful placemaking in Kuala Lumpur is Petaling Street, better known as Chinatown. Kuala Lumpur reclaimed the neglected urban area that was previously a key venue for Chinese opera and cinema to remodel and infuse art and cultural initiatives into abandoned structures throughout the city.

Another example of placemaking is an old stainless-steel factory in Jalan Klang Lama that has been repurposed into KongsiKL, a hip space dedicated to arts and cultural events.

This act of breathing new life into old structures is the epitome of good placemaking. Moreover, the government is also joining the placemaking bandwagon—reviving old towns by applying modern transformation and remodelling dull spaces into thriving cultural hubs.

To conclude, placemaking repurposes public areas to create new places, strengthening the relationships between people and community-centric spaces. At PEQ Consult, we endeavour to practise placemaking in the community, fostering sustainable connections with reliable town planning services. For any enquiries about our services, kindly contact our responsive team, and we will get back to you promptly. 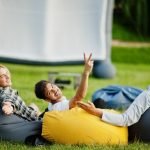 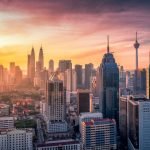